Narrated Abu Huraira: The Prophet said, "I met Moses on the night of my Ascension to heaven." The Prophet then described him saying, as I think, "He was a tall person with lank hair as if he belonged to the people of the tribe of Shanu's.' The Prophet further said, "I met jesus." The Prophet described him saying, "He was one of moderate height and was red-faced as if he had just come out of a bathroom. I saw Abraham whom I resembled more than any of his children did." The Prophet further said, "(That night) I was given two cups; one full of milk and the other full of wine. I was asked to take either of them which I liked, and I took the milk and drank it. On that it was said to me, 'You have taken the right path (religion). If you had taken the wine, your (Muslim) nation would have gone astray." (Book #55, Hadith #647) 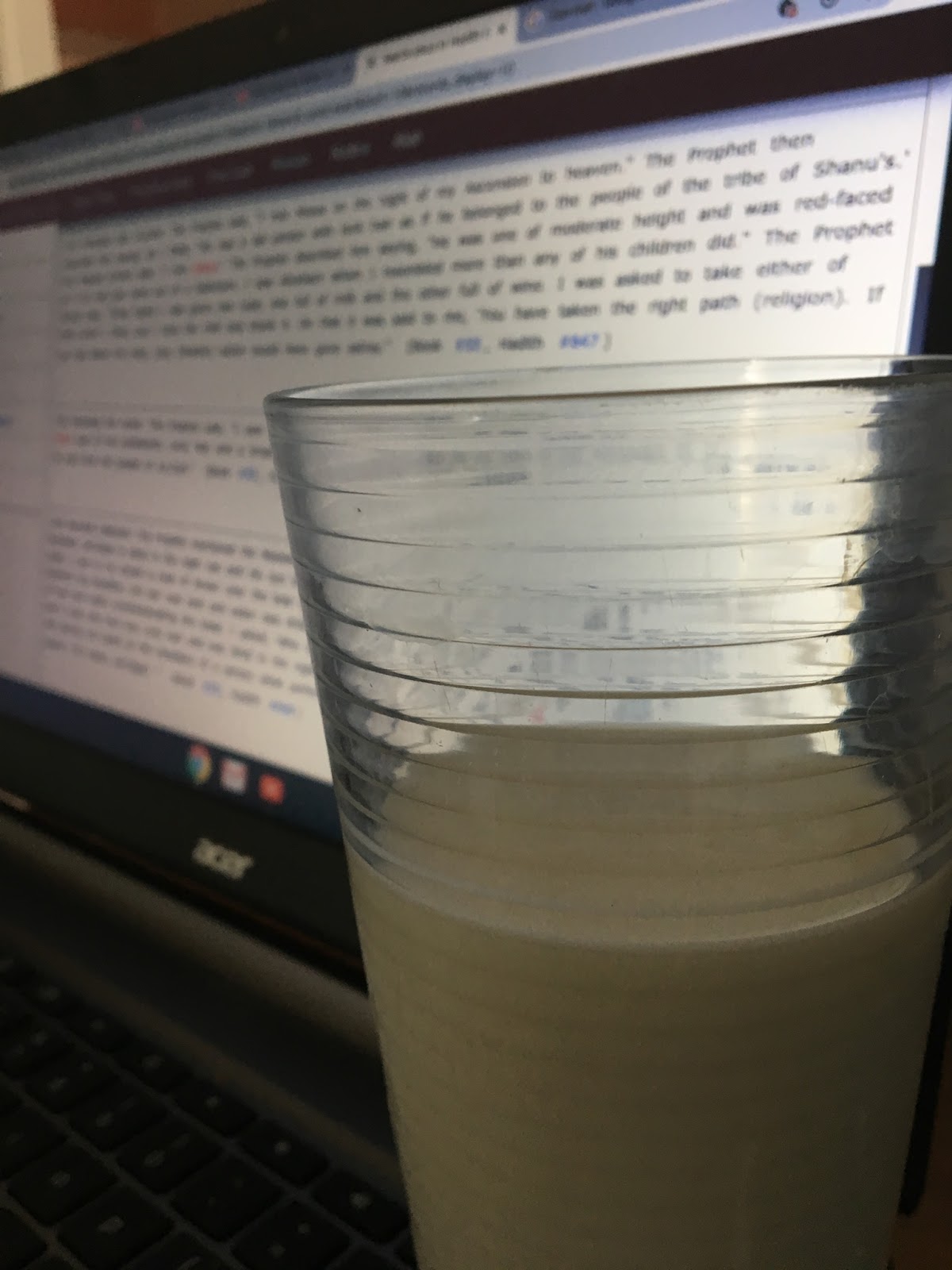